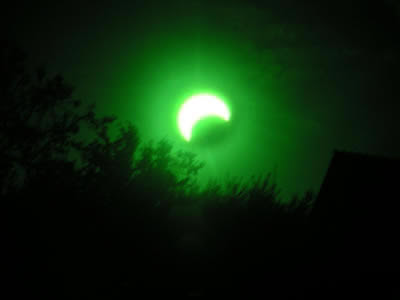 My dear Eliza is 3 years old today I feel anxious to insert these memorandums of my affections as Memory though a secondary is the soul of time & life the principal but its shadow—Observed an Eclipse or some other phenomenon of the Sun this morning not noticed in the Almanac. I first saw it about half past 4 & it continued till after 5 it had exactly the same appearance as an Eclipse & I believe it was nothing else.

Note: The calendar of eclipses shows that there was an eclipse on the 16th June, not the 13th as Clare records. As there is a short gap in Clare's entries from the 13th to the 19th, was this a simple mistake on his part?
Posted by Arborfield at 07:54